A Card to Honor George 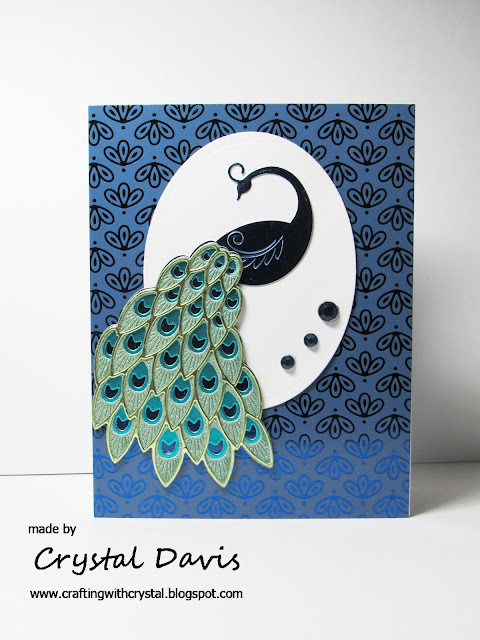 I would say my love of peacocks started in August of 2017 when one appeared in our backyard. Flash forward to September of 2019, and it's still pretty cool to see George (yes I named him) wandering around. When he first appeared we tried to find his owner or a home. The zoo we called said no thank you. George is a survivor and he's adapted quite well to our neighborhood.

With all the photos I have of George I recently invested in some paper crafting products about peacocks. This card is made the Regal Peacock die set from Birch Press Designs and the Noble Peacock paper from Stampin Up.  I love the dimension with the layered die. 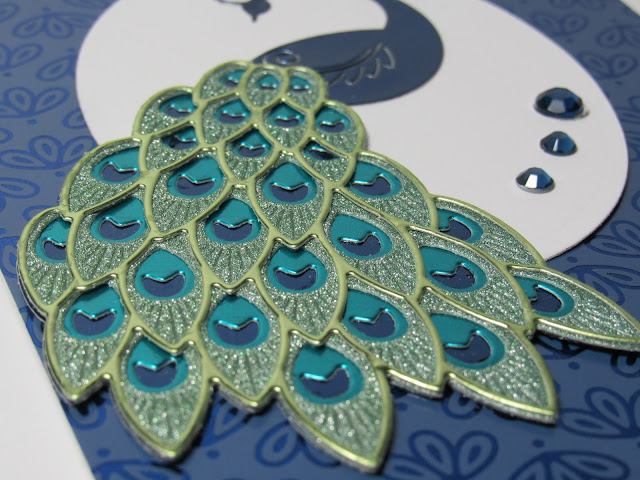 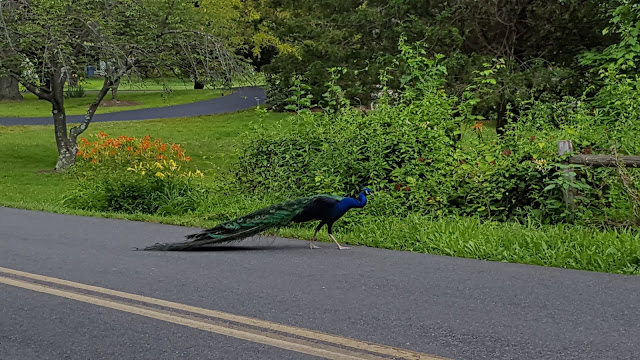 Crystal
PA, United States
Hello! My faith, family and friends are most important. I have been a Preschool and Elementary teacher for 25 years. I am currently the Head of School at a private Montessori school. My two favorite hobbies are reading and paper crafting. I'm drawn to clean and simple paper crafting designs. I especially love to make cards, gift items, and gift packaging. I was a Close To My Heart Independent Consultant from 2007 - 2017. In 2012 I joined the Fred She Said Design Team. Each of these opportunities gave me the chance to meet many wonderful and talented people. I'm no longer affiliated with a company and I paper craft for fun using a variety of products.